Tower Gardens are taking off!

The Chicago Department of Aviation took going green to a higher level almost three years ago.

There are 26 “aeroponic” towers in the rotunda building between terminals 2 & 3, creating a first-of-its kind urban garden at O’Hare International Airport.

The 928-square-foot garden is a joint effort between the Aviation department and HMSHost, the company that runs many of the restaurant and concessions at the airport.

The vegetables and herbs harvested from the vertically oriented, indoor garden will be served only a few feet away from where they are grown at airport restaurants like Tortas Frontera, Wicker Park Sushi & Seafood, Blackhawks and Tuscany.

“There is nothing fresher than picking it off the tower and putting it in the sandwiches and pasta and other items you will eat here,” said Aviation Commissioner Rosemarie Andolino.

Some of the first crops grown at O’Hare included habanero peppers, bibb lettuce, edible flowers, thyme, oregano and green beans. In a process similar to hydroponics, seeds are first germinated in small cubes of nutrient rich volcanic rock, then they are transferred to the eight foot-tall towers that feed them a fertilized water mixture. Some plants can mature in as little as four weeks.

“In one year we can have 13 different crops,” said Tim Blank of Future Growing LLC, the Florida-based company that designed the system.

The garden serves two functions at the airport. Not only is it providing food for the restaurants, but it is also providing a green oasis for travelers.

A glass railing surrounds the garden to discourage those travelers from doing any harvesting on their own.

Chicago O’Hare now features a Farmer’s Market – a second world’s first for O’Hare! The airport is truly representing the future of local, sustainable living. The O’Hare Farmer’s Market kiosk offers fresh herbs such as basil, cilantro, and thyme, which are all grown a level above the market in the world’s first airport aeroponic garden.
Source: http://www.nbcchicago.com/traffic/transit/ohare-airport-urban-garden-produce-129992738.html#ixzz3CDdv2sER How many Seeds Should I Use When Growing Seedlings for Tower Garden?

Micro Greens in the Tower Garden? Say what?!?! 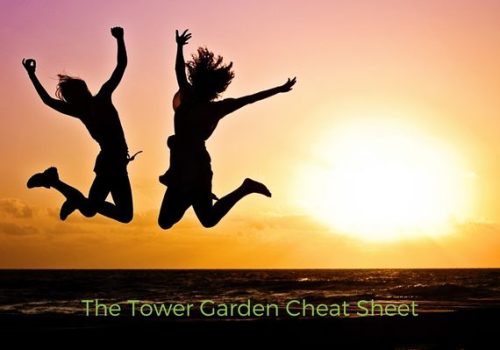